Rocky Mountain Pro is an Independent Wrestling Promotion based out of Colorado run by Ring Veteran/Head Coach (Al Snow Wrestling Academy-Rocky Mountain) Mercury Yaden. Over the years former WWE, WCW, TNA Head Writer/Producer/Talent, Vince Russo, has established a working relationship with Yaden and the Up-n-Coming Promotion, leading to Vince’s current role as a “Special Consultant” for the Company, having input/influence on their overall Creative.

With this Package, Vince and RMP are offering you a ONCE IN A LIFETIME OPPORTUNITY to be PART OF A MAJOR WRESTLING PROMOTION. YES, you will have an IMPACT on talent, story lines, promos, matches and the MAGIC BEHIND the scenes.

For $14.99 a month you will be a “PLATINUM SHAREHOLDER MEMBER” with these PERKS: 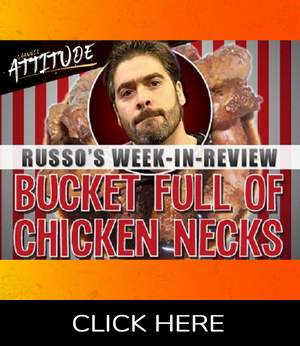